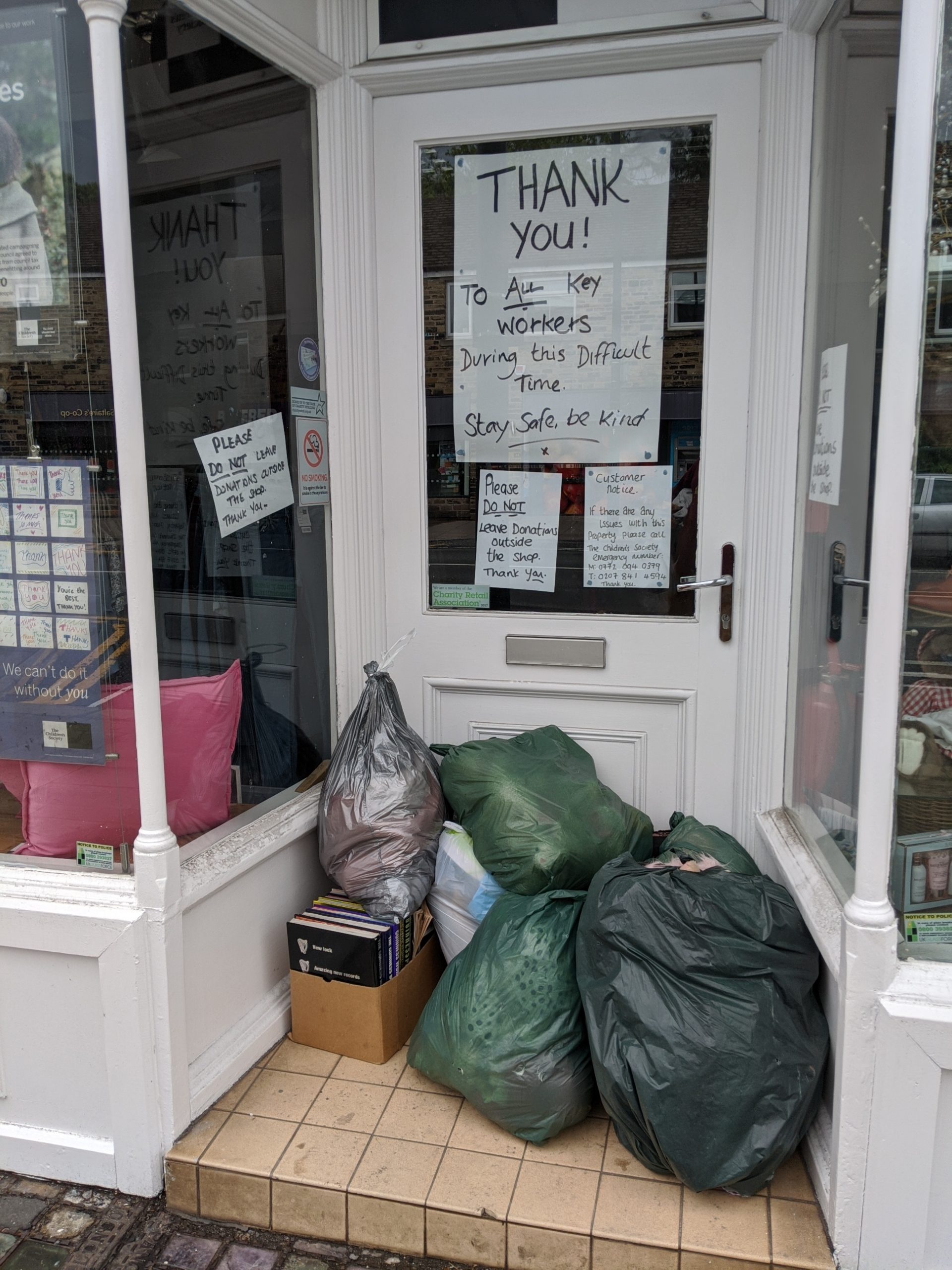 Many charity shops have remained closed despite some lock-down restrictions being lifted and currently most are not accepting new donations.

Despite this, there have been reports of piles of unwanted goods being left in front of shops – In some cases even when the charities have put up signs asking donors not to do this.

“Donating unwanted goods to charity shops is a great way to help the charities – and many charities will need the help following the coronavirus lock-down.

“But by leaving donations outside of shops, people are actually breaking the law as it is classed as fly-tipping.

“I know it feels good to donate to charity - but leaving goods outside shops is a nuisance. Donations can be stolen, and given the unsettled weather we are about to have, many of the donations will get damaged and be worthless to charities. Please wait until they are open and officially accepting donations.”

Charity shops in England will be allowed to reopen again on June 15, but already many charities have warned that they are likely to be slower to open their doors again due to safety issues and a lack of volunteers.