A community campaigner has raised concern that action is not being  taken to stop dangerous pavement parking outside shops on one of Bradford’s busiest roads. 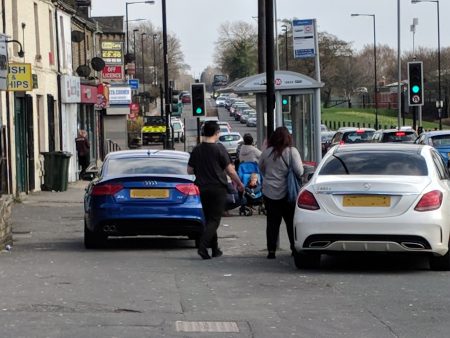 Dangerous pavement parking outside the shops on Tong Street, which is part of the A650, has been a problem for years and Matt Edwards, the Green Party’s Community Campaigner for Tong Ward has called on Bradford Council to do more to tackle the issue.

This comes as the government has announced a new consultation on whether to ban the practice nationwide or give local councils more power to tackle the issue.

“Pavement parking is dangerous and selfish. I have seen cases of young mums with prams being forced to go onto Tong Street to navigate around cars.

“What makes this particular site so frustrating, is that there is a free public car park less than a minute walk away just off Broadstone Way. There is really no excuse.”

During the Coronavirus pandemic, councils across the country have installed temporary measures to ensure that pedestrians have more space on pavements to allow them to socially distance. 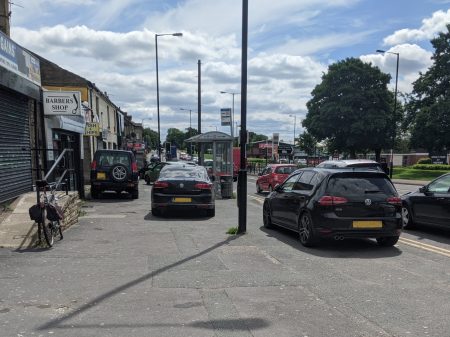 “In other parts of our district, Bradford Council has already installed barriers to help protect pedestrians but shoppers on Tong Street, where the problem existed long before the current restrictions, have still not had any additional protection from anti-social parking.

“Pavement parking is a problem up and down the country and the law is complicated – but Bradford Council is clearly prioritising other areas of the district.”

Pavement parking has been banned in London since the 1970s but in the rest of the country only lorries are banned from parking on pavements.