Bradford Greens have called on Santander to rethink branch closures that will leave Bradford South with no bank branches. 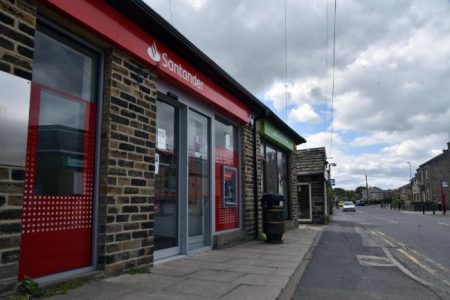 Last year, it was revealed that Bradford South is one of only eight parliamentary constituencies in the country where there is only one bank branch serving the 105,870 residents.

But the closure of Santander in Wibsey will mean Bradford South joins Wentworth and Dearne – previously the only parliamentary constituency that had lost all of its bank branches.

Matt Edwards, a community campaigner for the Green Party has written to Adam Bishop, head of branches at Santander.

Matt said, “We can’t escape the reality that more people are choosing to do online banking but physical bank and building society branches are a vital lifeline to many elderly, vulnerable and rural customers. Many self-employed people and SMEs also rely on physical branches to provide cash banking facilities and face to face advice.

“Bradford as a whole already has significantly less banks and building society branches than the national and regional average so these latest closures are a real blow for our district – especially given Santander’s heritage with Bradford and Bingley.”

“Communities across Bradford South have already seen the biggest loss in banking facilities in the district and after this will have to travel into the city centre to seek face to face help.