Residents living on Rook Lane near Dudley Hill have been asking Bradford Council for years to tackle the issue of HGVs using the road as an unofficial rest stop. 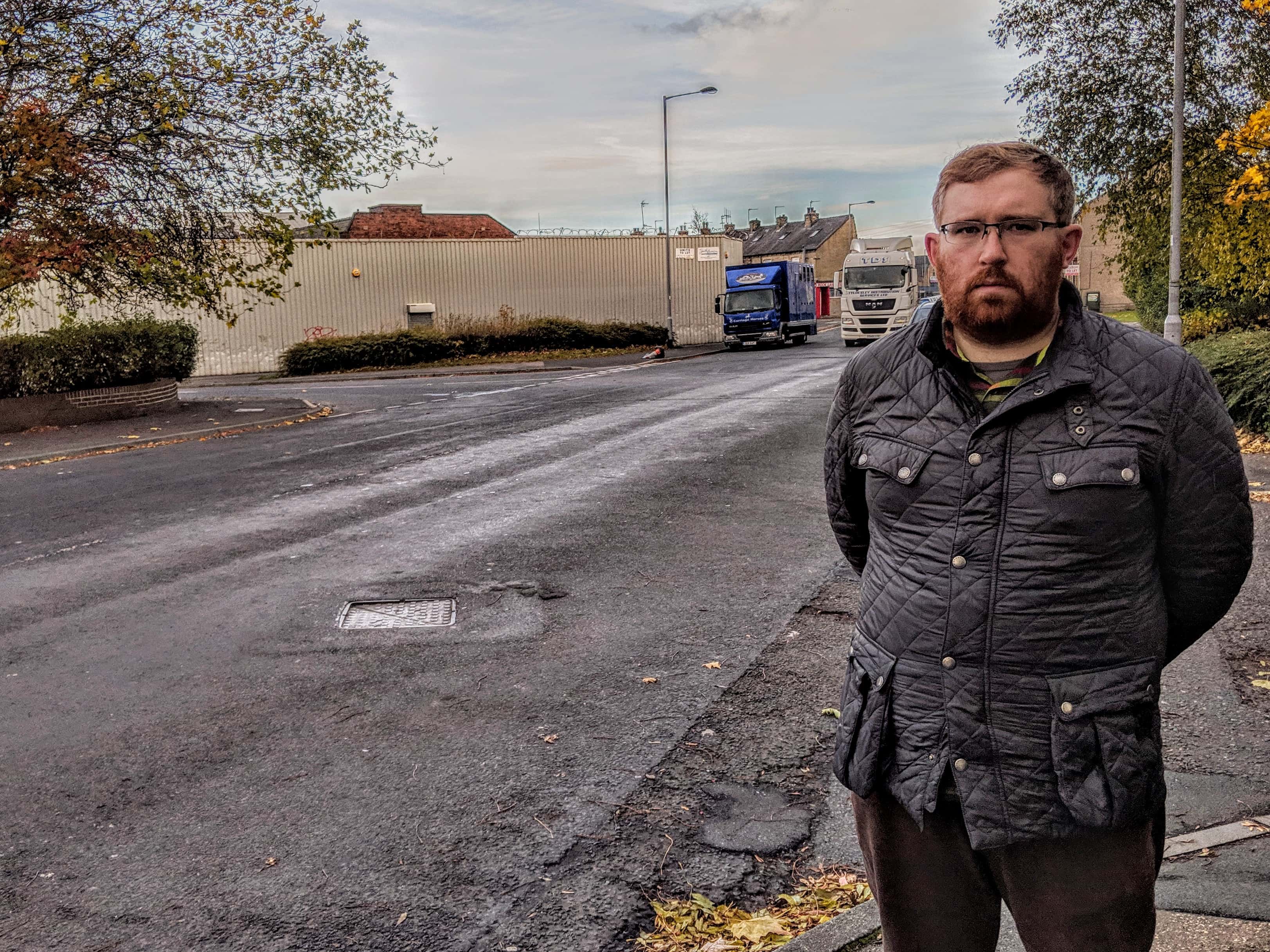 The volume of large vehicles using Rook Lane is disrupting residents lives with severe noise pollution, as well as adding to already dangerous levels of air pollution in the area and making it more difficult for pedestrians to cross the road.

One Rook Lane resident, Chris has said: “The Council has a duty of care to us and we have been let down and ignored. They think we will just go away but we won’t.”

Matt Edwards, a Green Party campaigner says: “Residents on Rook Lane have been ignored by Bradford Council for years. HGVs have been making their lives miserable and the Bradford South Area Committee has effectively kicked their concerns out of sight by calling for a report over two years ago that they have done nothing to follow up on.

“It really is disgraceful that no one from Bradford Council appears to have done anything to chase this report or keep residents informed.

“There are a lot of houses on Rook Lane and by ignoring this problem Bradford Council has allowed this road to become a dangerous place to live with unhealthy levels of air and noise pollution combined with speeding traffic.

A recent report from the World Health Organisation (WHO) has called on policy makers to do more to tackle the problem of noise pollution from sources like traffic.

Dr Zsuzsanna Jakab from the WHO said “Noise pollution in our towns and cities is increasing, blighting the lives of many European citizens.More than a nuisance, excessive noise is a health risk - contributing to cardiovascular diseases, for example. We need to act on the many sources of noise pollution – from motorized vehicles to loud nightclubs and concerts – to protect our health.”

In November 2016, the issue was brought before the Bradford South Area Committee and that committee decided that an independent traffic survey be commissioned in order to fully understand the extent of HGV parking on Rook Lane.

At the same committee meeting, a report was presented about the issues caused by the lack of freight parking. The committee called for a study to fully understand the issues and identify a preferred parking facility.Nearly two years later and residents are still waiting for updates on the progress of both reports.

This comes as Bradford Council was instructed by Department for Environment, Food and Rural Affairs (DEFRA) to explain how it was to tackle air pollution across the district. The stretch of Rooley Lane that joins Rook Lane was one of the roads that was identified as having illegal limits of Nitrogen Dioxide [Report in Telegraph & Argus].