A senior councillor has hit out at “shambolic mismanagement” from the government over its announcement of the new three-tier system of restrictions for Coronavirus. 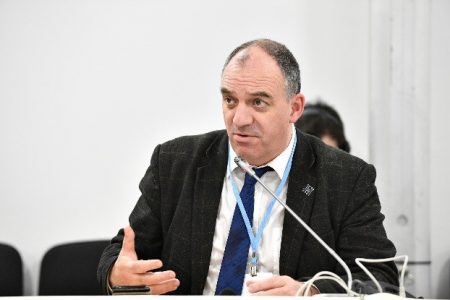 Councillor Andrew Cooper, the leader of the Green Group on Kirklees Council and the party’s candidate in next years West Yorkshire Mayoral Election has raised concerns over conflicting information and announcement of new rules via media rather than through meaningful communication by Government with local authorities.

Just before the prime minister made his announcement to the House of Commons, an unnamed Yorkshire MP has confirmed that West Yorkshire will be placed into a Tier 2 lockdown.

In the Prime Minister's statement to Parliament Boris Johnson then said he was still in negotiation with Yorkshire Councils and the tiers hadn't been decided yet. Minutes later the press were announcing West Yorkshire Councils were in Tier 2.

Councillor Cooper has said, “This is life and death stuff we are talking about and it is just not good enough.

“Over the last week, the public have been drip fed updates and speculation over what will and won’t be included in the new rules.

“As a leader of a political group on a West Yorkshire council, why am I finding out the new restrictions from the media seconds after Mr Johnson says he is still talking to councils in West Yorkshire?

“We need people to have confidence in the public health messages coming out of Government. Without that confidence they have no meaning. Government needs to get a grip and work with those people on the ground who have to make real their public pronouncements.”

There have been six new coronavirus related deaths recorded at hospitals in West Yorkshire over the past 24 hours – three in Bradford and another three in Calderdale.