Are you ready to declare a climate emergency? 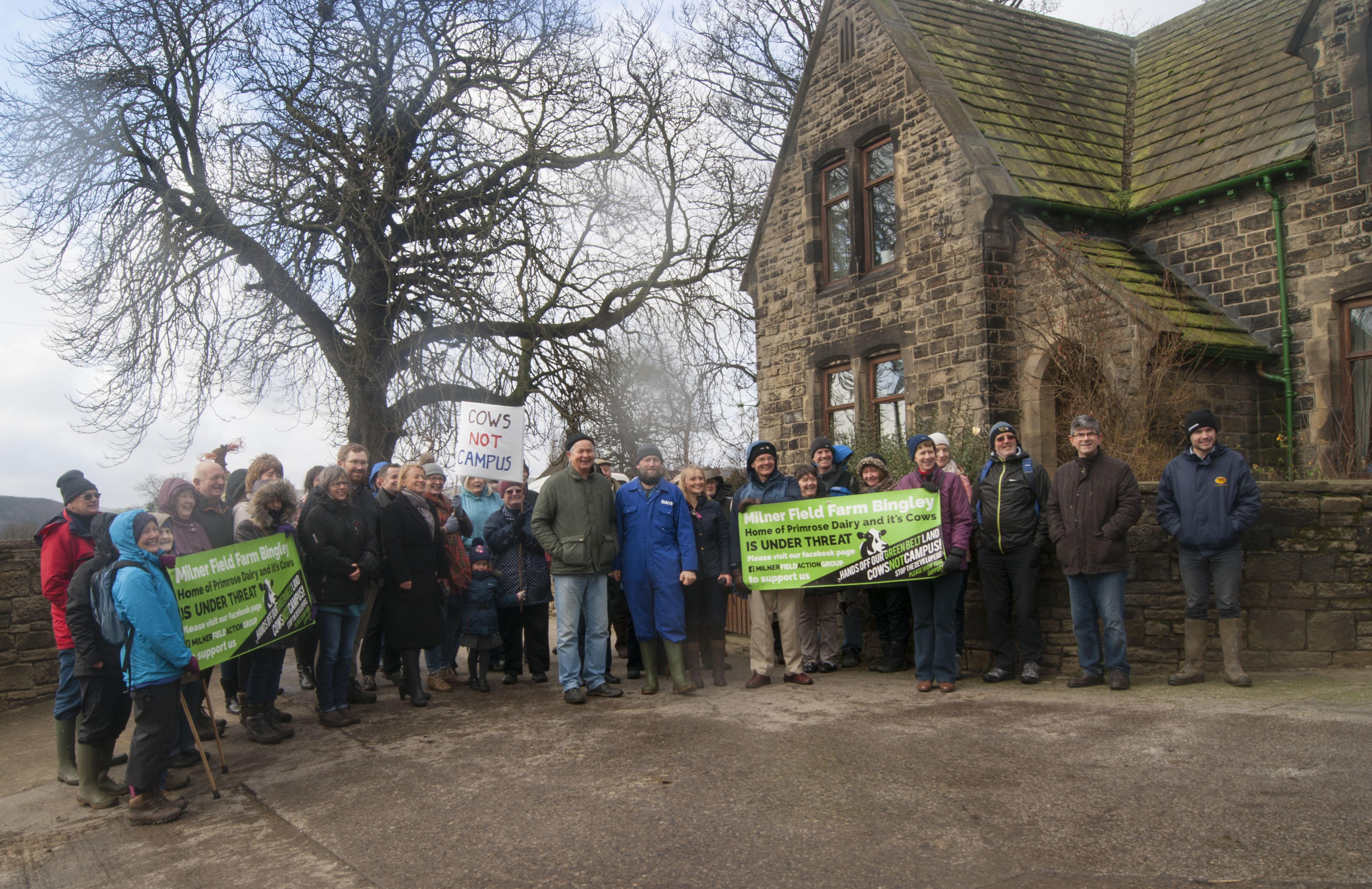 We are delighted to announce that Hartley Property Trust and their shell company have withdrawn their applications and it looks as if the farm is safe ... for now.

The plans were thrown into turmoil when council officers had released their recommendation that the application for refusal.

They gave a number of reasons including traffic concerns, that it was inappropriate for the greenbelt and that it would cause “substantial harm” to the World Heritage Site of Saltaire.

All these objections had been raised Matt Edwards and Bingley Green Party.

Changes to planning application cause confusion at Milnerfield Farm.

Milnerfield proposed as site for development in local housing plan

Thirteen sites in Gilstead have been proposed for development. A number of these sites have been proposed by the landowner of Milnerfield Farm. Bradford District Council is currently in the process of preparing a new Local Plan for the district. As part of this, they are looking to see which sites should be allocated for […]

Today Bradford District Green Party were proud to host Natalie Bennett as she visited Milnerfield Farm in Gilstead. She came to show her support for the Downs Family who have run the historic farm for over one hundred years. […]

The Green Party in Shipley and Bingley strongly opposes the new proposed development of a Research and Business Park on greenbelt land at Milnerfield. Matt Edwards, Green Party spokesman for Bingley has condemned yet more development in the Shipley area: “it’s baffling why the already congested Aire Valley is being targeted for yet another business […]