Shipley’s Green councillors have called on other political parties to join them in declaring a ‘Climate Emergency’ and step up action here in Bradford District to tackle the climate breakdown. 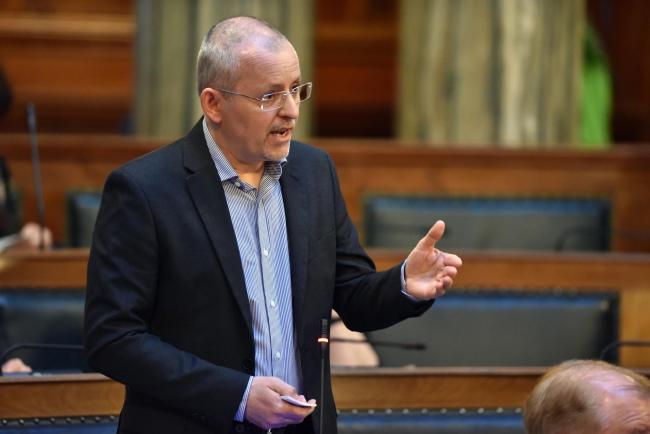 Councillors Kevin Warnes and Martin Love have tabled a motion for debate at this week’s Council calling on Bradford to make the transition to a low carbon economy by 2030, as part of the international effort to limit global temperature increases to 1.5oC.

If Bradford Council accepts this motion, it will be the largest local authority to back the international Climate Emergency campaign*.

Councillor Warnes has written to the other political groups on Bradford Council seeking all-party support for ambitious energy efficiency and renewable energy projects across Bradford District over the next decade, building on the progress made since the Council adopted its current carbon reduction targets back in 2010.

He says that “Bradford has the chance to take the lead and join with city governments around the country and the world who are driving carbon reduction and investing in more environmentally sustainable ways of living, and I hope that every councillor will back our ‘call to arms’ on Tuesday.

“We really are in the middle of a climate emergency which will affect everyone and Bradford. We are already starting to see the effects of climate change here in Bradford District with devastating “once in a lifetime” floods in the Aire and Wharfe valleys a few years ago.

“People of all political persuasions need to work together if we want to prevent the consequences of catastrophic climate breakdown."

Cllr Martin Love added, “Climate change is the biggest challenge we face as a society - it demands cross-party consensus. This is why we have asked Labour, Conservative and Liberal Democrat groups here in Bradford to do what their colleagues across the country have done and join us in taking a stand.”

Kirklees Council is also expected to make the same declaration at their council meeting on Wednesday after the largest four parties their indicate they will support the motion.