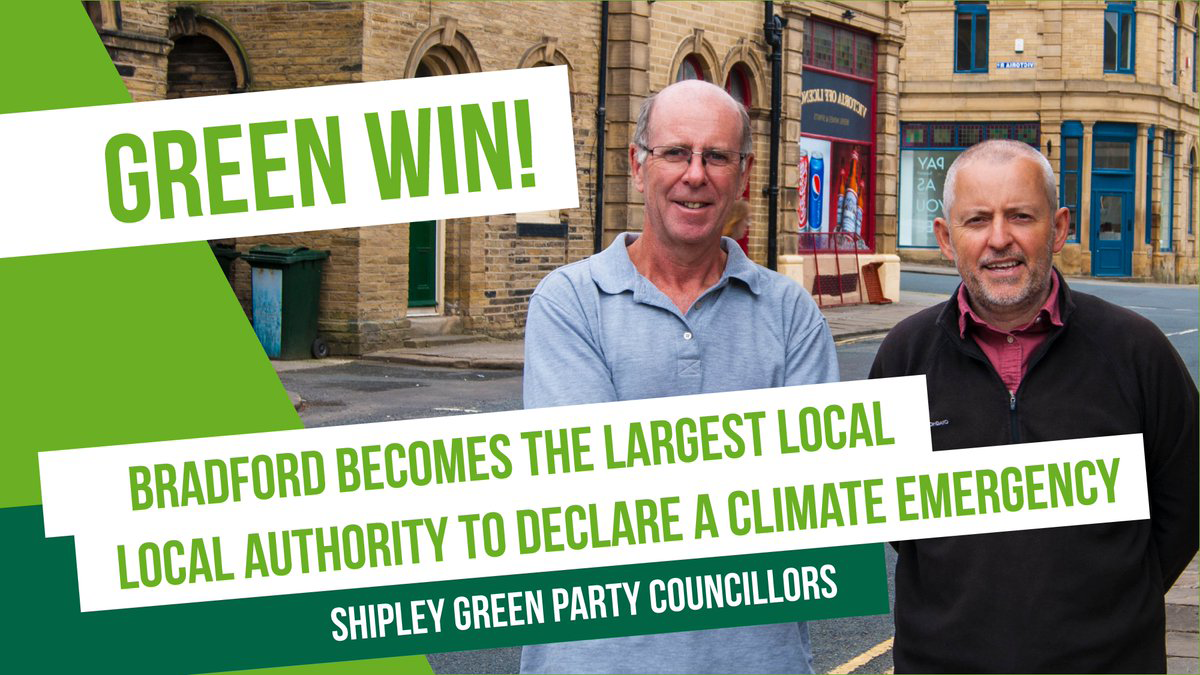 Councillors Kevin Warnes and Martin Love who put forward the original motion have welcomed the “Declaration of Climate Emergency” by Bradford Council.

An amendment put forward by the Council leader Susan Hinchliffe was passed which removed many of the ambitious targets proposed by the Green Group, but the key points remained – including Bradford Council pledging to take a leading role in persuading other councils in the Leeds City Region to follow suit.

Councillor Kevin Warnes has said “this is a welcome step forward in our efforts to do our part in tackling climate change here in Bradford.

“It is absolutely vital that local authorities like Bradford adopt more ambitious targets if we have any hope of getting to grips with the climate emergency we find ourselves in.

“People of all political persuasions need to work together if we want to prevent the consequences of catastrophic climate breakdown and we have seen a bit of that here tonight.”

The Climate Emergency Declaration group started in Australia and has spread around the world. Their goal is to pressure governments to declare a climate emergency and mobilise society-wide resources at sufficient scale and speed to protect civilisation, the economy, people, species, and ecosystems.

The group points out that "local governments can play a critical role in achieving a nation-wide climate emergency response. Our ultimate aim is a national declaration of Climate Emergency with its ability to unlock all the required policy changes and funds for a rapid climate emergency mobilisation, but local councils can start the ball rolling by demonstrating successful climate emergency initiatives at the local level."

Councillor Martin Love adds, "with all the talk of Brexit and another general election, the crisis our planet is facing isn't going away.

"Climate breakdown is happening and last night Bradford sent a strong message to Westminster that we won't sit around and wait until it's too late. We need them to give us the resources to protect our environment."