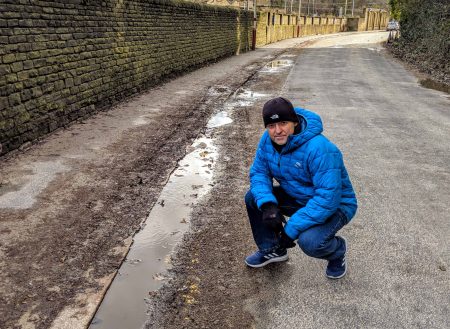 Councillor Kevin Warnes has written to Northern Rail to raise concerns about Shipley station, where the access road running down from the junction with Otley Road is in a poor condition, riddled with potholes and cracked kerbs that are partly collapsed in places.

Kevin says, “This road is one of the key gateways to our town and it is very disappointing that Northern Rail has allowed it to fall into such a poor condition. The road is used by many pedestrians throughout the day, primarily to access platforms three, four and five.”

Councillor Martin Love has repeatedly alerted Northern Rail about the poor condition of the bike sheds at Saltaire Railway Station.

“The poor condition of the bike sheds puts off cyclists from using the trains and Northern need to get this sorted as a matter of urgency.”