The Green Party of England and Wales has officially backed calls for a referendum in the state of Jammu and Kashmir following calls by Khalid Mahmood from Bradford Green Party. 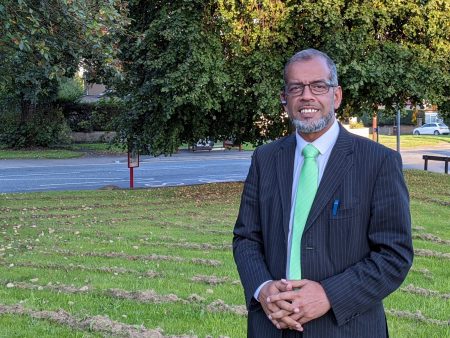 Khalid Mahmood, the Green Party candidate for Heaton Ward in Bradford District, put forward a motion to the parties national conference in Birmingham.

The motion confirms the party’s support for the right of self-determination for the Kashmiri people and urges the UK government to use its influence with the governments of India and Pakistan to deliver a referendum.

The party also condemned the decision by the Indian government to revoke the special status the region enjoyed under the Indian constitution – effectively ending the autonomy the region had.

Khalid Mahmood said, “I am delighted that Green Party members recognised how important this issue is to the large community of British-Kashmiris.

“This gives the Green Party a platform to put pressure in the British government to demand that India and Pakistan deliver a proper referendum in the region and allow Kashmiri’s to determine their own future.”

The Green Party also condemned the decision earlier this year by the Indian government to revoked Article 370 – a long-standing agreement which gave Kashmir semi-autonomous status – leading to unrest as well as media blackouts, the cutting off of telephone networks and the banning of public gatherings.

“In recent years we have seen a real escalation in the region with the attacks on Kashmiri human rights by Narendra Modi’s government as well as the change to the constitutional status of Kashmir. All of this will make peace in the region much harder.”

“The people of Bradford has always provided one of the strongest voices when it comes to standing up for oppressed people throughout the world and I know many in our city want to see a peaceful resolution to the problems in the region.”