The Green Party candidate for the first West Yorkshire Mayor has called for a meeting between Highways England, the developer and both local councils to discuss access concerns to Interchange 26 development. 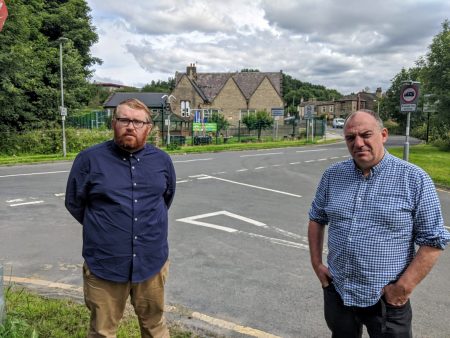 Councillor Andrew Cooper from Kirklees District Council (Newsome Ward) has written to Jim O’Sullivan, the chief of Highways England; Jeff Penman from Tungsten Properties, Councillor Susan Hinchcliffe who is both the chair of West Yorkshire Combined Authority and Bradford Council and Councillor Shabir Pandor the leader of Kirklees Council to demand an urgent meeting to discuss access to the site.

Councillor Cooper visited the site last month with Matt Edwards from Bradford District Green Party to discuss serious concerns about road access to the site and the impact of traffic on neighbouring areas.

He is asking Highways England to review previous decisions not to provide direct access from the M606.

“This development obviously has a lot of potential to bring economic benefits to both Bradford and Kirklees. It’s a brown field site close to the motorway so it almost ticks all the boxes.

“However, I am really concerned that the only access to this site from the M606 will be right next to a primary school and that all traffic will have to from Chain Bar through the village of Oakenshaw. 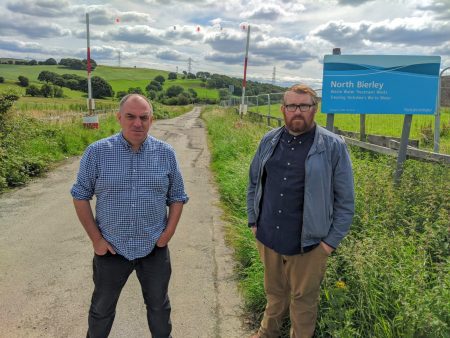 “As a result, if this development goes ahead, it will significantly increase the air pollution in the area – something that is especially dangerous next to Woodlands Primary School.

Matt Edwards, the Green Party Community Campaigner for Tong Ward where the main access will be located has said

“I know people living in the Woodlands part of Oakenshaw are especially worried about the road access.

“The damage to the local community could be avoided if Highways England accepted the case for direct access from the M606 to the industrial park.”