Recently elected co-leader of the Green Party, Carla Denyer, was speaking to residents in Bierley where there has been a wave of planning applications which could see hundreds of houses and a new crematorium built on green spaces. 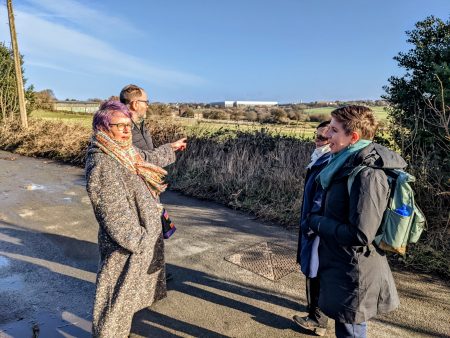 Green Party councillor Matt Edwards was elected in May 2021 to represent Tong Ward - which includes Bierley - following widespread opposition to the allocation of vast areas of land in the south of the city for housing as part of Bradford’s Local Plan.

Carla Denyer said, “What I was hearing from local campaigners is a huge concern because of the sheer scale of house building that was being proposed without adequate facilities such as schools and GP surgeries, and the potential loss of green space.

“We know the planning system is rigged to give residents as little say as possible over the future of the area - but if local people work together and believe in themselves they have the best shot of making a difference in planning matters.

“Green councillors like Matt, and campaigners like Celia Hickson are making a difference in their communities and my message to local people is that with your support, we can elect more hard-working Green councillors across the city to represent you.

“When people add their voices together and get organised they can stop unwanted developments happening. It’s not a case of Nimbyism but being sensible and looking for solutions that meet the needs of the community. Residents can come together to make the difference.” 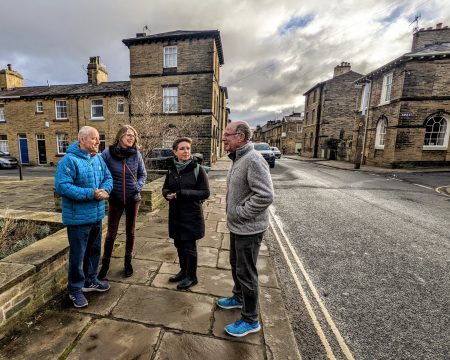 Celia Hickson, a community campaigner for Tong Ward Green Party added, “The Lockwood Farm site off Shetcliffe Lane is a prime example of everything that is wrong with the planning system.

“Different developers keep submitting different planning applications and residents can’t keep track of which application is which. Combine that with Bradford Council using technicalities to make the decisions behind closed doors despite widespread local opposition, and it is pretty clear why residents are fed up.

“But we are here to ensure the concerns of local people are heard and we will continue to oppose the unsustainable levels of housing being proposed for Bierley and Bradford South.” 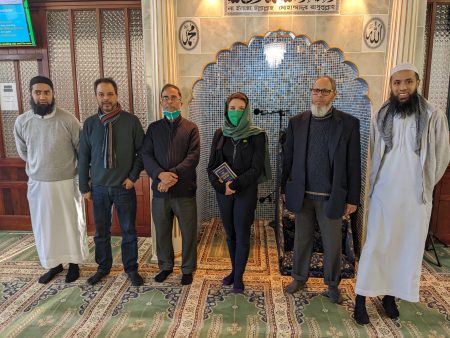 She also visited Frizinghall Community Centre and the Shipley Islamic Education Centre on Aireville Road in Frizinghall to discuss the work both groups are doing in the local community.

Carla Denyer is a councillor in Bristol and was elected co-leader of the Green Party in October last year. The party’s parliamentary candidate in Bristol West, she is being touted as the Green Party’s second MP.

She wrote and proposed the first “Climate Emergency” motion which was adopted by Bristol City Council in 2018 - a movement which has led councils across the UK - including Bradford - to adopt similar positions.

Before entering politics Denyer was an engineer in the renewables industry.